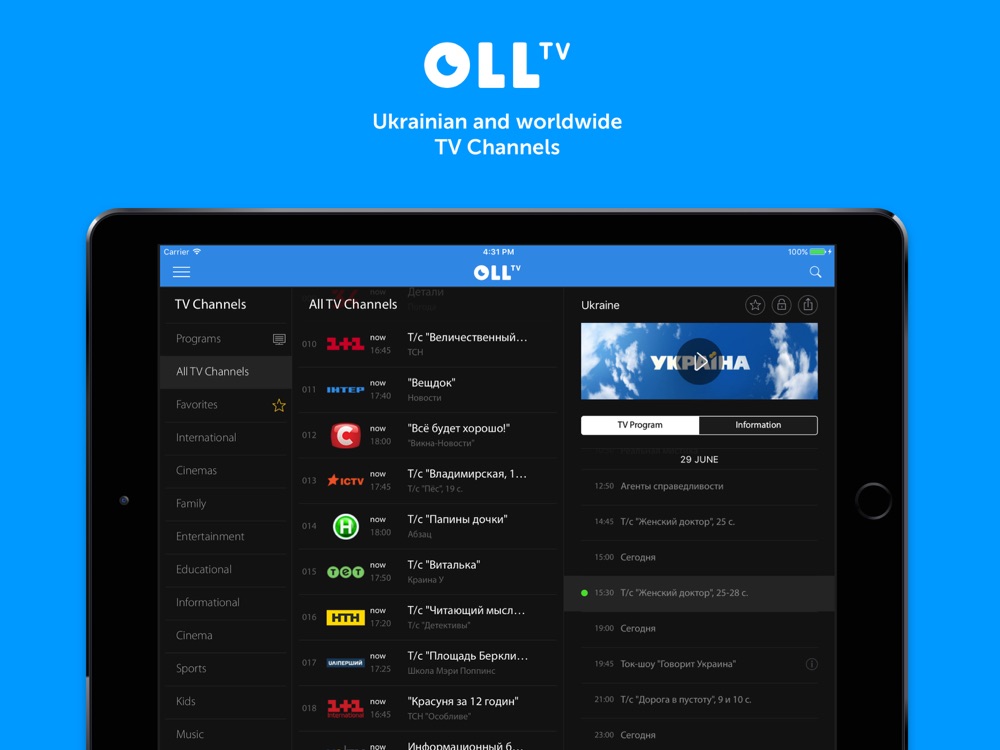 Following the regulator National Council’s decision to add the channels to the list of those allowed to be distributed in the country, Oll.TV customers can now watch A Premier, A Classic and A First International around-the-clock and in HD.

All three are being offered by Oll.TV, which is operated by Media Group Ukraine (MGU), on an exclusive basis.

A Premier features new HBO series and movies, as well as content from CBS, Showtime, Sky, Starz, BBC and Sony Pictures, while A Classic includes HBO’s Golden Library, along with series and movies from other studios.

A First International, on the other hand, provides a variety of content aimed at a male audience, ranging from action blockbusters and black comedies to serious documentaries. It includes exclusive premieres from leading studios such as CBS, Lionsgate, Studio Canal and Sky at weekends.