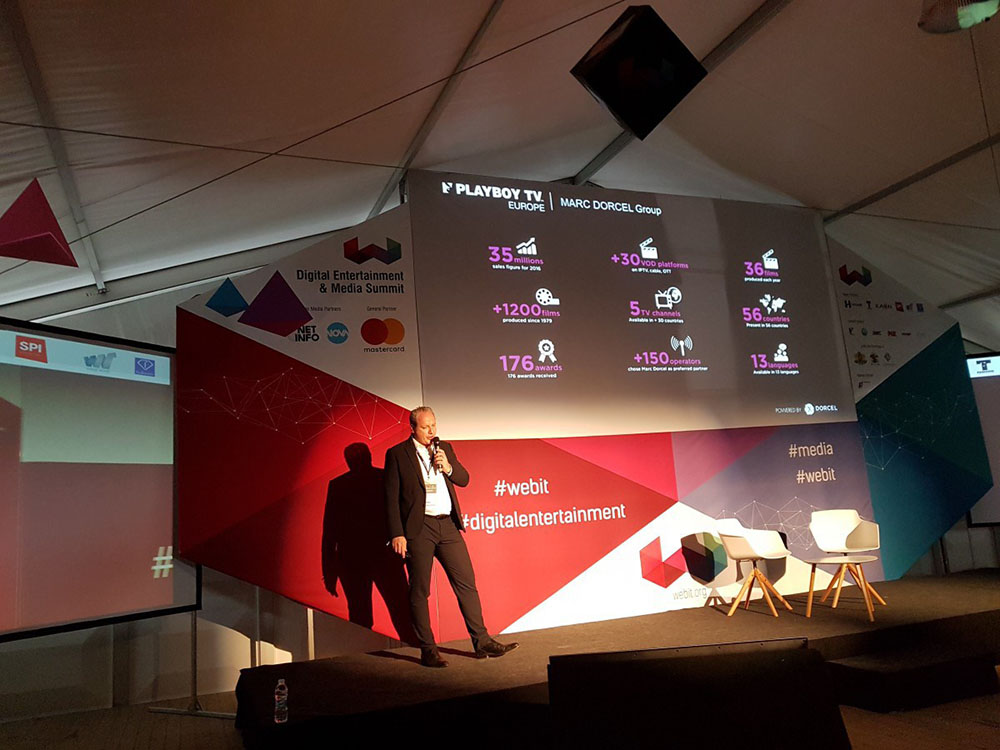 Marc Dorcel group has provided an insight into the strategy it is adopting for Playboy TV Europe, which it recently began to programme and distribute.

In a wide-ranging presentation at Webit’s Digital Entertainment and Media Summit in Sofia, Gregory Dorcel, CEO Marc Dorcel, said that thematic channels currently face a challenging situation. The market is saturated, new direct to consumer models (OTT) have appeared, there is a multiplication of screens and usages, as well as networks with variable speed; and the traditional distribution model is more selective. On the other hand, Playboy is one of the top 50 brands in the world and its products sold in more than 180 countries.

The figures are also impressive within Europe, where Playboy, claiming a total of 5.5 million followers, sells 300,000 magazine copies and has 6 million web views each month.

Dorcel said the strategy is now to make Playboy the “Sexy Hub”, creating a full ecosystem around its dedicated sites and building a huge community, as well as engaging local talents. The marketing strategy will meanwhile include focusing on Playboy being a brand leader, and the only one to be a lifestyle; offering high value content and being 360 degrees and social network oriented.

Dorcel added that the company trusts in synergy, “which is a major goal for us”.

As previously reported by Broadband TV News, Playboy TV signed an agreement with Marc Dorcel earlier this year to programme and distribute the channel in parts of Europe, Africa and the Middle East.

The deal, which does not include the UK, Spain and Portugal, sees Marc Dorcel in charge of the programming of the Playboy TV channel, its distribution and the management of its on demand offer.